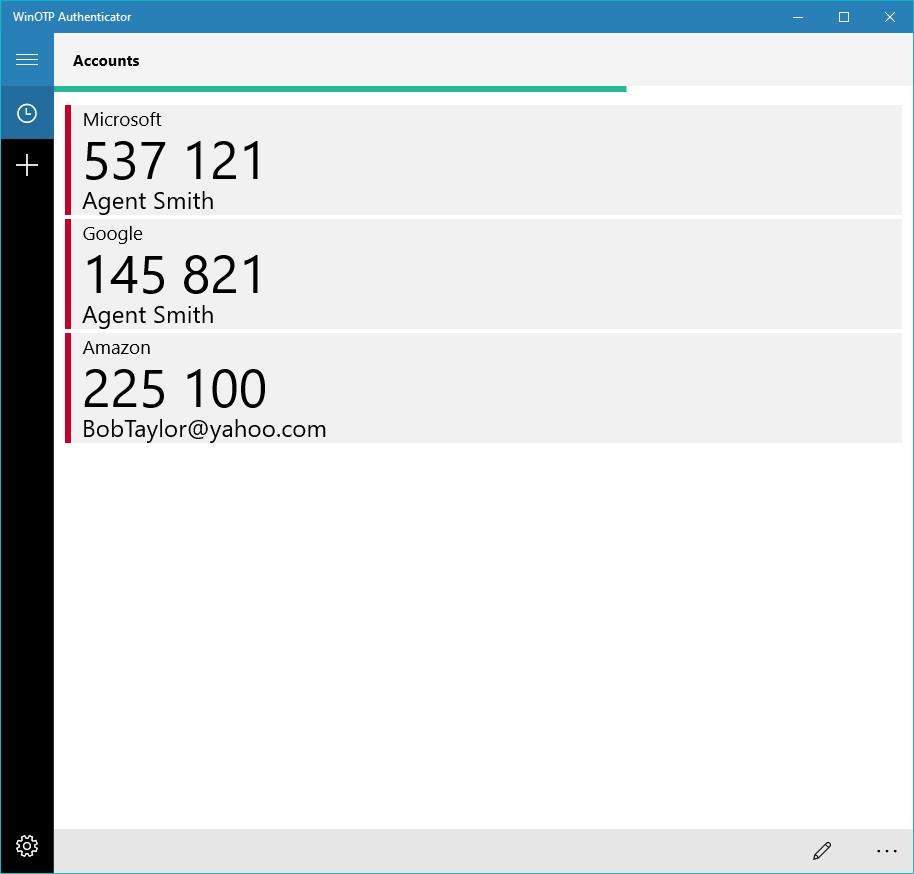 This repository contains the official source code of WinOTP Authenticator for Windows app. This source code is comes from original Authenticator app, which was written in 2016 and was a good quality app that fell out of support because original developer moved on or didn’t have time to maintain it.

I am taking over the project, it will be free and opensource. I am aiming to incorporate most functionality found in WinAuth, which was original and excellent PowerUser’s Authenticator for Windows, sadly now most of the codebase is obsolete and written for ancient version of .Net. It would have to be re-written for a modern UI stack like UWP. 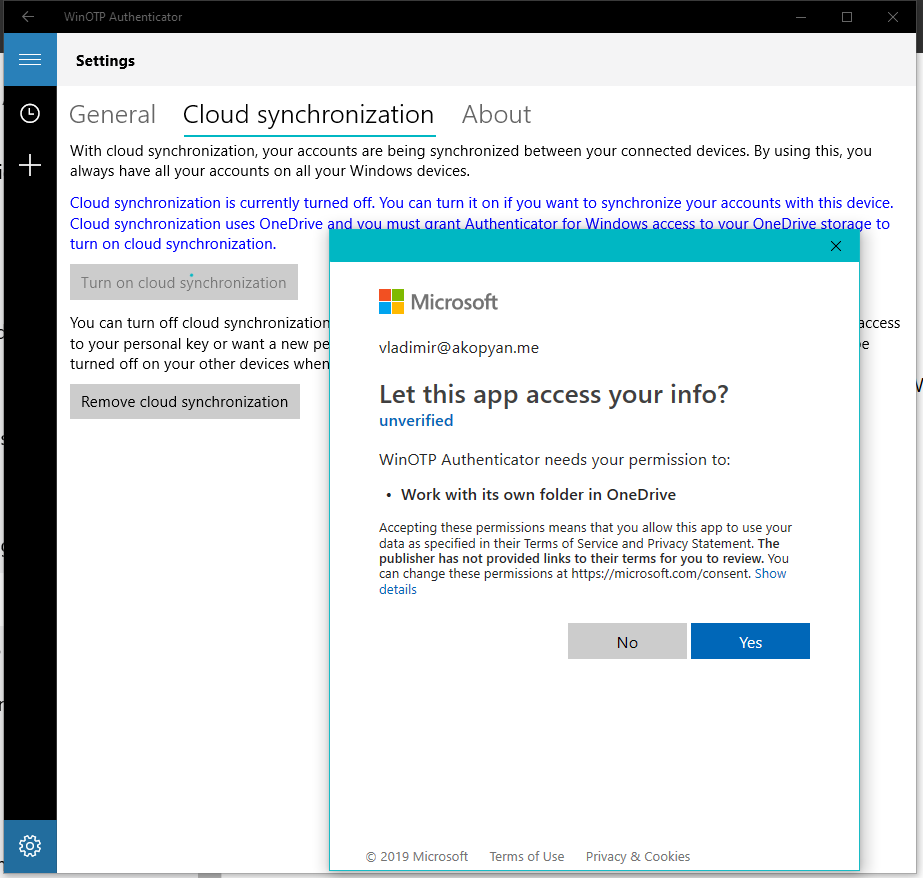 The codebase is, at the time of writing, already pretty old and could use some improvements. Still, it contains some useful pieces of code that I had to find out myself since there was not a lot to find on Google about UWP apps back then. Be sure to grab pieces of code that you like and use them in your own app(s).

If you’d like to contribute, be sure to do so and create a pull request if you’d like to. I will review them in a timely fashion, and if there will be so much demand that I can’t review them, I will create a github group and share control of the repository.

This source code is licensed under the MIT License. Be sure to read the LICENSE.txt file before using the source code.

Authenticator is maintained by VladimirAkopyan.

This page was generated by GitHub Pages.